There is a single fast ferry service a day Koh Bulone to Phuket and single speedboat service a day which you can book online. The sea crossing by fast ferry takes 6 hours 15 minutes and the journey by speedboat takes 4 hours 30 minutes.

The Tigerline Travel ferry departs from Mango Bay is the south of Koh Bulone.

Both the fast ferry and speedboat service arrive in Phuket at Rassada Pier. 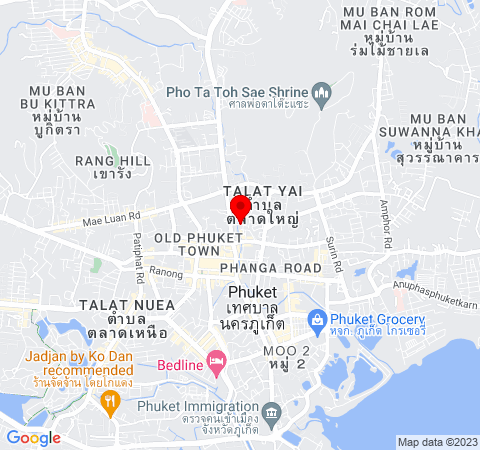 Located in Phuket Town, Jui Tui Tao Bo Keang Temple is a popular Chinese temple dating back to 1911. The temple is dedicated to the Taoist deity Tean Hu Huan Soy, who is the god of performing artists and musicians. There is a statue of Tean Hu Huan Soy by the main altar. The temple has grown considerably since 1911 when there was a single building with no surrounding walls. The temple is open every day from 08:00 to 20:30 and admission is free.

Jui Tui Tao Bo Keang Temple is at its busiest during the Phuket Vegetarian Festival, which lasts 9 days each year during October. This festival, also known as Nine Emperor Gods Festival, is celebrated at every Chinese temple in Phuket but the largest celebrations on the island takes place at the Jui Tui Tao Bo Keang Temple. During the festival most of the island’s restaurants are closed and large amounts of vegetarian food, often presented to look like meat, is sold from street stalls. The best known attraction during the festival is when devotees piece their cheeks with a wide variety of objects. The piecing is largely bloodless as the participants have generally prepared a hole for object to pass through in advance.