By bus the journey from Rayong to Phetchabun is scheduled to take 9 hours 20 minutes.

Bus Timetable from Rayong to Phetchabun

Click on the Rayong – Phetchabun link below for more information and to buy tickets. 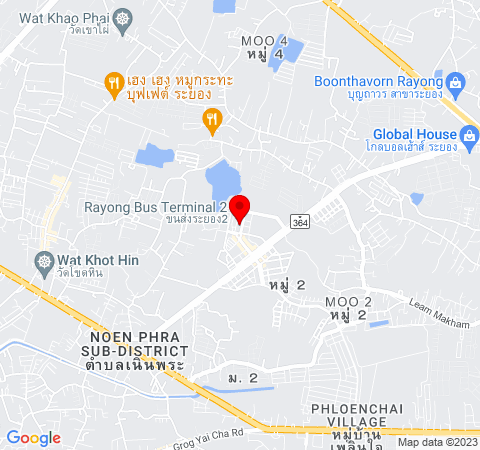 Phu Thap Buek is a 1,768 metre high hill which located 78 km by road to the north of Phetchabun town. Phu Thap Buek is a very popular destination, particularly for Thai tourists, with over 60 resorts and several campsites located on the hill. At busy times of the year, particularly in colder months of the year, the number of visitors per day sometimes exceeds 20,000 and traffic going up the hill moves slowly as a consequence. What primarily attracts visitors is the cooler weather, the thick fog which often engulfs the hill top, and the mountainous scenery. The cooler weather is a massive novelty for many people who live in Central Thailand, particularly Bangkok, where daily temperatures rarely dip below 20°C. On Phu Thap Buek the temperatures can drop to near freezing in the winter months, and these cooler temperatures allow visitors to participate in activities such as hill walks and sleeping in a tent which would be unpleasant in hotter weather.

Phu Thap Buek was initially developed as a project to provide a living for Hmong hill tribe groups in the early 1980s. At the time the Thai authorities were looking at projects to try to discourage hill tribes living in remote locations from growing opium. Because of the altitude the land on the slopes of Phu Thap Buek is good for growing cold climate crops and the newly established community focused on growing white cabbages. White cabbages are still being grown by the Hmong people living on Phu Thap Buek, however, the development has more recently become the subject of controversy as private businesses from elsewhere in Thailand have come to the area and taken over land which was allocated specifically to help the hill tribe groups to build hotels. There is an ongoing dispute over whether the resorts should be allowed to remain and whether the Thai authorities should take action to restrict the numbers of people who visit Phu Thap Buek.

Next read about Bus times from Bangkok to Phetchabun