By bus the journey from Sukhothai to Kalasin is scheduled to take 7 hours 30 minutes.

Bus Timetable from Sukhothai to Kalasin

Click on the Sukhothai – Kalasin link in the timetable below for more information and to buy tickets. 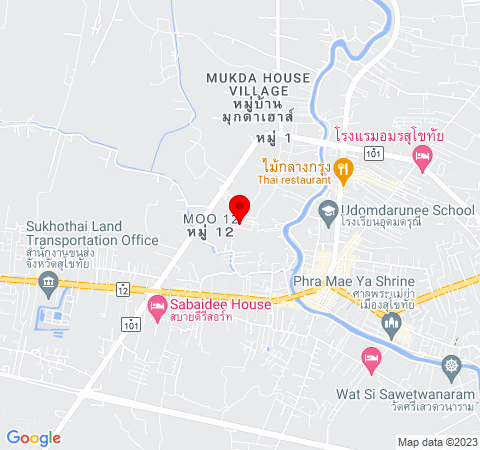 Kalasin is medium sized town with around 35,000 permanent residents located in a largely agricultural part of the North East Region of Thailand. Kalasin Province is notably hilly and the town itself is located at an altitude of 152 metres above sea level, with Thailand’s most significant find of dinosaur having been discovered in the Phu Phan mountain range in Kalasin Province. Kalasin Province has two dinosaur museums and Phu Faek Forest Park where you can see three-toed dinosaur footprints in the rock. The other main tourist of the Province is Wat Phuttha Nimit, which has a Buddha statue believed to be 2,000 years old and some ancient stone carving telling the story of the life of the Lord Buddha. There are also peacocks and other surprising birds and animals which wander freely around this temple.

Kalasin town gets the great number of visitors when it holds its two annual fairs celebrating local culture: