Services to Koh Lanta commence with a ferry journey from Nathon Pier in Koh Samui. 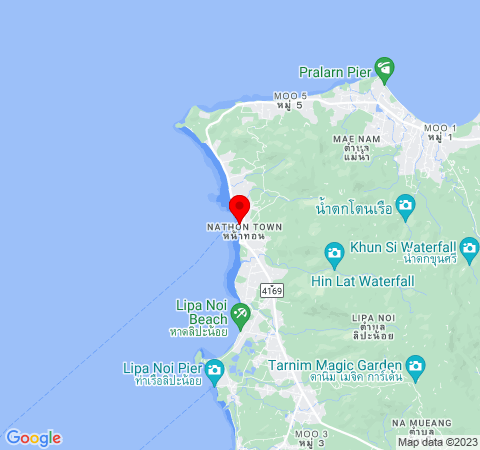 Koh Lanta is actually two islands, rather than one, which are joined together by the Siri Lanta Bridge. The larger of the two islands, Koh Lanta Yai, is approximately 30 km long by 6 km wide with a population of over 10,000 over half of whom live in the main town of Saladan in the northern part of Koh Lanta Yai. Koh Lanta Yai is where most of the tourist accommodation is located, along with the island’s main ferry pier, Saladan Pier. The sandy beaches and most of the resorts on Koh Lanta Yai are located on the western coast of the island. There are lots of beaches to choose from. On the eastern coast of Koh Lanta Yai is Koh Lanta Old Town which features some historic wooden houses, most of which have been turned into shops and restaurants.

Koh Lanta Noi is accessible by road and has the island’s car ferry pier. Frequent services for the short journey to the mainland depart from the ferry pier and travel by car ferry is the cheapest way to reach the island from neighbouring Krabi Province. Koh Lanta Noi has a population of about 5,000 people and virtually no tourists. Adventurous visitors should consider taking a boat trip around the inland mangrove forests on Koh Lanta Noi to see pristine countryside rarely visited by anyone other than the local inhabitants.