Bus Timetable from Bangkok to Lopburi 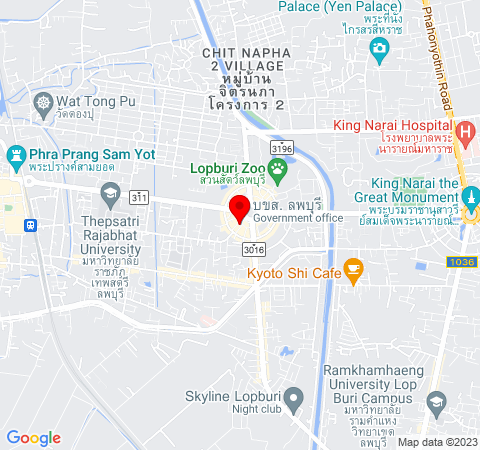 Lopburi is best known for being the town which is overrun with monkeys, crab-eating macaque monkeys to be precise. There are hundreds of them in the Old Town and roam freely around the streets and building. Like all wild animals they need to be treated with some caution and your possession, particular food and drink, are at danger of being snatched if you are careless. Nonetheless, Lopburi Old Town attracts a lot of visitors who come here to see the monkeys and take photographs.

The old major reason visitors come to Lopburi is to visit Prang Sam Yot, which was originally a Khmer temple dedicated to Hindu deities although it was into a Buddhist temple a few centuries after its initial construction in the 13th Century. The centre piece of the temple is three pronged prang (towers) linked by a hallway. This configuration of towers is a classic feature of Khmer temples and is thought to represent the three major deities in the Hindu religion: Brahma, Vishnu and Shiva. Prang Sam Yot is located 2.3 km from the bus station and 550 metres from Lopburi train station.