By bus it takes 10 hours 55 minutes to travel from Phitsanulok to Chanthaburi.

Click on the ‘Phitsanulok – Chanthaburi’ link in the timetable below for more information and to buy tickets. 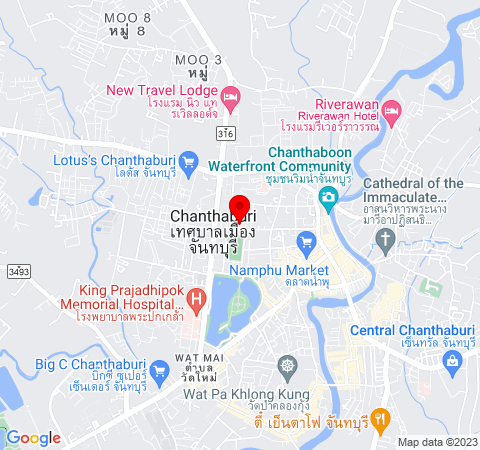 Cathedral of the Immaculate Conception in Chanthaburi

The Cathedral of the Immaculate Conception in Chanthaburi is the largest, and generally considered to be the most beautiful, Christian church in Thailand. The cathedral was completed in 1909, although there had been churches previously constructed on the same site since 1834. Chanthaburi has long been the centre of the Catholic faith in Thailand with a large local congregation, many of whose descendants were Vietnamese Catholics who emigrated to Thailand in the 17th Century.