By ferry the journey from Koh Phi Phi to Phuket is scheduled to take between 2 hours and 2 hours 35 minutes depending upon which service you take. 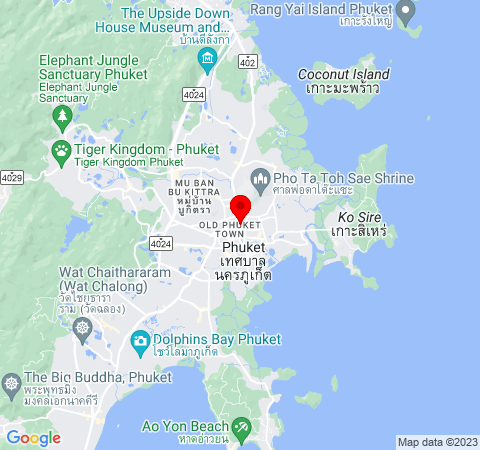 Over the past Phuket Town has become an increasingly popular tourist destination in its own right. Phuket Town was a prosperous settlement from the 18th Century through to around the middle of the 20th Century due first to commercial rubber farming and then a tin mining industry which attracted large numbers of migrant workers, particularly from China. The town’s former wealth is evident from the grand ‘Sino-Portuguese’ style buildings in Phuket Town’s ‘Old Town’ district. When tin mining ceased on Phuket tourism took over as the main industry and Phuket Town went into decline for several decades. The emergence of the Old Town as a tourist attraction has brought life back into Phuket Town. There are lots of value for money hotels and restaurants in Phuket Town as well making it a great place to stay.

Amongst the places to visit in Phuket Town are: